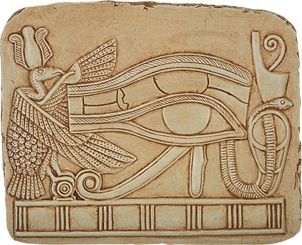 Falconry, the art of hunting wild game with trained birds of prey, is one of the oldest sports still practiced. Its origins are in dispute, though the earliest records are from China and the Middle East. There is some speculation that one of the Mongolian Khans may have introduced the sport to the Middle East with war parties dispatched to that area. Even earlier: the Egyptians most certainly revered falcons, as their god Horus shows, though whether the birds were trained cannot be ascertained from known hieroglyphs. Certainly in terms of large numbers of people being involved in the art, the Middle East would have to be considered the epicenter of falconry, and it has certainly been practiced there for over a thousand years.

The art flourished in Europe before the advent of guns, with its origins there going back to the crusades. There eventually developed in Europe a type of caste system whereby certain raptors were allowed individuals based on their sex or rank in society. So for example whereas only a king would have been allowed to fly an eagle, the yeoman might be able to "keep his larder stocked" with game caught by his goshawk. The small merlin was considered the hawk of choice for aristocratic ladies.

After the advent of guns, the art waned throughout much of the world, and is today a real part of the overall culture only in parts of central Asia and the Middle East. There are currently only a few thousand individuals in the United States who have passed written examinations and served apprenticeships in order to gain permission from the Department of the Interior to hunt with raptors.

In Europe and America, falconers have recently been recognized for their conservation efforts with respect to the peregrine falcon (falco peregrinus). When DDT threatened this species, which is the cornerstone of falconry in both the new and old world, falconers responded by breeding their hunting companions to one another and developing liaisons with their governments in order to re-introduce this noble species to its rightful place at the top of the avian food chain. The Peregrine Fund in Boise, Idaho, is an organization founded and run by falconers with the support of the U.S. government and private citizens. Its efforts and those of countless back-yard breeders have led to the removal of the peregrine from the endangered species list.